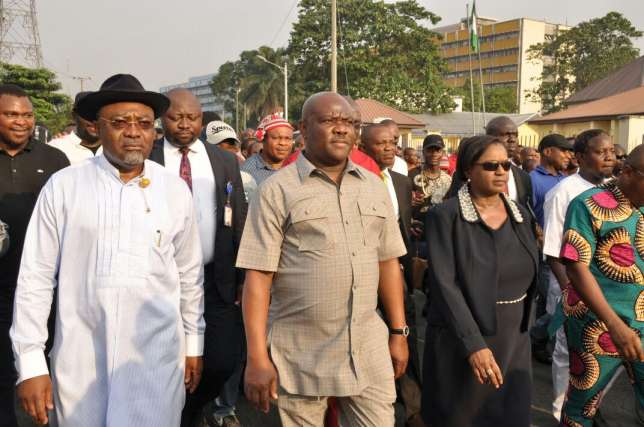 Wike was joined by his Deputy Governor Ipalibo Harry Banigo and former Minister of Transport, Dr Abiye Sekibo among others

The demonstration started from the Government House in Port Harcourt and ended at the Rivers State Police Command headquarters on Moscow Road. 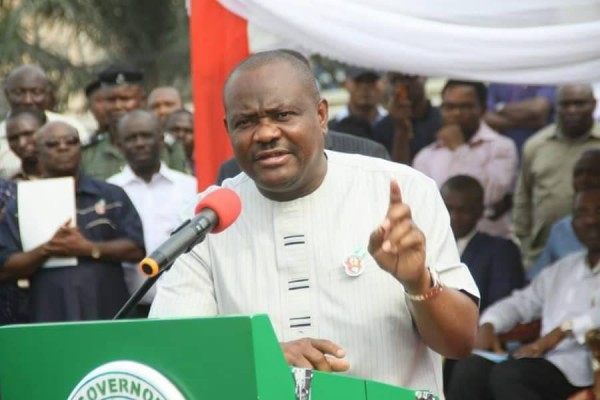 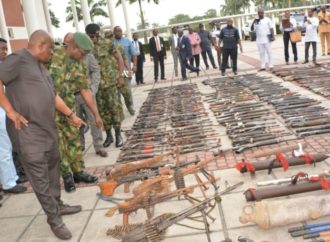 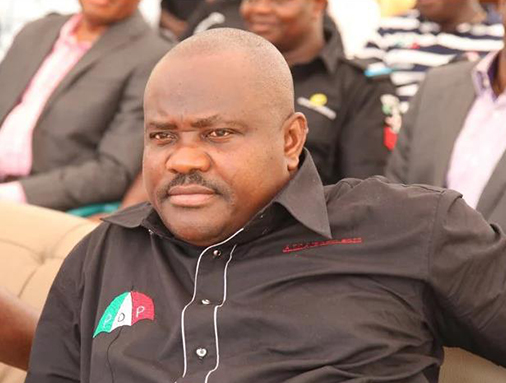 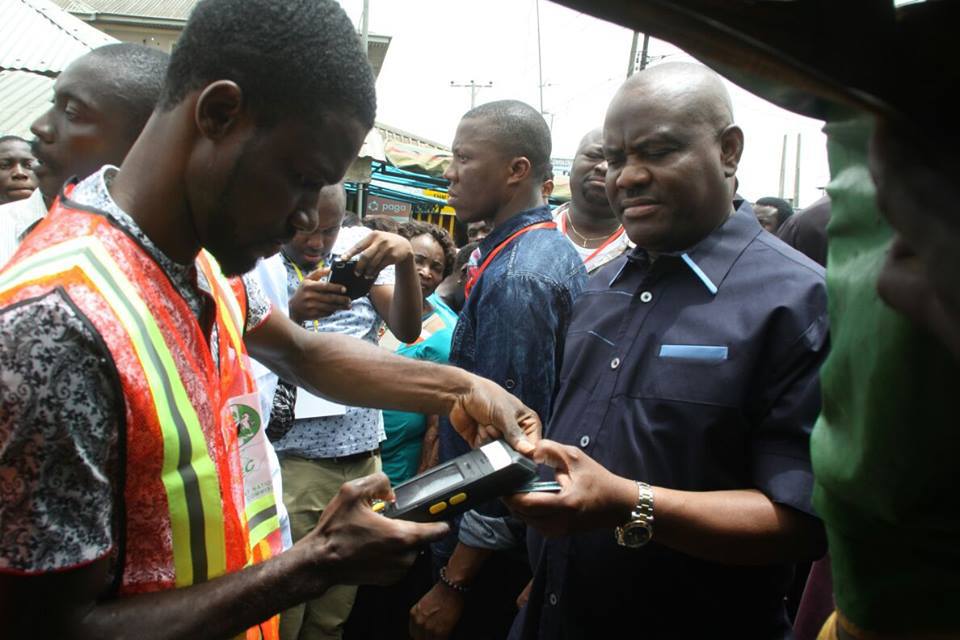