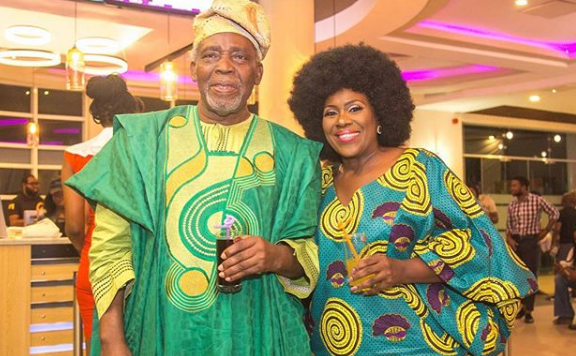 Veteran Nollywood actress, Joke Silva-Jacobs, has revealed she was an adopted child of the Silva Family.

Joke Silva, now 56 years old made this secret known yesterday while speaking at the August occasion of the Annual Conference of Heritage Adoption Support and Advocacy Group (HASAAG) which had the wife of the Vice President, Mrs Dolapo Osinbajo in attendance.

According to reports by kemiashefonlovehaven, the 56 years old actress said before her adoption, she lived in a foster home of the Red Cross in Yaba, Lagos.

Joke Silva-Jacobs revealed that her family also kept the fact that she was adopted a secret from her, until she accidentally discovered that fact. She said:

“Everybody would be calling me whenever my adopted mum (Dr. Silva)came with cakes and a lot of things during her visit. I went to YWCA Nursery, which was not too far from the Silva’s home in Yaba. I also have memories of moving in with them when they moved to Glover Road in Ikoyi.

I remember reading newspapers to my Dad in our sitting room and pronouncing Brig-General Aguyi Ironsi, the then Nigeria Head Of State, Agolo Iresi! My father could not stop laughing at my hilarious interpretation of the newspaper.

Also I remember making them proud, when performing at St. Saviour School. My parents would be standing and were congratulated by other parent too for my acting skills. My parents were so excited that this child was incredibly talented.

I have memories of going to Holy Child College Lagos because my parents insisted on me going to Holy Child because that is where Julie Coker, Pearce Olusola and Ibidun Allison went and they believed with all my performing talent skills, that is the kind of school I should go to too.

I remembered going out with my cousin and we met a big cousin She introduced me as ‘my cousin’s daughter and this is Dr Silva’s daughter.’ Then, the older cousin was like, ‘Dr. Silva ke? Se Doctor Silva bimo ni? (meaning does Dr. Silva have a child?) . Did Dr Silva ever has a child?’

I was so confused and when I got home I told my mum, ‘I met this lady that says you never had a child.’ My mum froze and she said, ‘don’t mind them, they are used to rubbish talk.’

But I got to know years later when I wanted to travel and was looking for my passport where my mum kept it. Since she was not around, I opened the box in her absence and I saw my adoption papers. I never discussed it with my mum because I felt it was something that would hurt her, that was why, it was kept secret from me.

But I had incredible memories of my amazing parents for allowing me to do my A Level in England and going to one of the best schools in Bournemouth (a seaside resort on the southern coast of England) coming back after my A level with two of them having an argument on what I was going to do because I had failed my A level having done it for the third time then. I had done it thrice because I changed from science to Arts— I didn’t do well at all.
My father said, ‘Joke, go back and do your A levels again and my Mom said, let this girl go and do the drama.’ They came into middle ground, and as you can see I am still in drama today.

Several years later, I brought home the one I wanted to marry and my mum asked my husband, if he knew I was adopted and he answered in affirmation that I had already told him.

Many years later, there was another memory of a very nasty member of our family. My mummy always very supportive of her relatives sat on our balcony and said my aunty would never be supportive of her because in the Yoruba language, ‘won o kuku bimo’ (she never supported her because she didn’t have a child of her own.)

When I heard about it I did what Pastor Rapu called the unchristian thing. (May God forgive me. I dealt with her, till today, she never believed what I did that day to her, but I dealt with her by being so cold towards her. She would never forget it.

I then realized that I needed to tell my children about my adoption. I don’t want anybody to tell them in a way it wouldn’t be supportive. I called my children and I told them the ABC of my adoption story. They now told me that grandma had already told them. It was then I learn that somebody in my son’s school had told him about his mum being adopted. He told grandma and grandma told him everything. Little wonder, my mum and Soji, my son were very close. Till she died, my mum my son remained inseparable.

Olu and I Lost Our Daughter
I have memories of my firstborn Dayo who died at the age of 10 and a half years. She was in coma and my husband would not allowed them removed her from life support until my mom came. He needed my mom’s approval then because grandma was so close to Dayo, they were inseparable.
She gave the go-ahead for her to be removed by saying she was better up there than making her suffer on life support. My mum was the one that saw us through because my dad already had a stroke and couldn’t be of help at all then.
I remember when my mother saw the health of my husband, who was deteriorating over the death of our daughter. She gave my husband a cheque of a hefty sum to go and complete the house we were building then. But because of how arrogant our husbands could be on matters like that, he rejected the offer of his mother-in-law, and quickly gathered himself together to go and complete the house.

Celebrating Late Parents
My mother is the first person who taught me how to pray and she told me, whatever the problem, her own father, Bishop Phillips, taught her to kneel down and pray on any issues bothering her life.

Whenever I go to her, she said, “Joke have you being on your kneels, oya take it to Baba God in prayer. Take it to daddy in prayer.”

In the Silva’s Will

Even in their wills, I was well protected. My Daddy being a lawyer said in his will that all his children, both adopted and biological, should be treated equally. I was not stressed in anyway. We were all well taken care of till my mum died at the age of 89. At 56, I still miss her but I know she has definitely gone back to her father.
On her sick bed I always sang her favorite tunes, she would be imputing the melodious tunes and she died singing to her Lord. She had prepared her family before my coming into her life because I had an incredible big Silva family.
I have a very big family I am the first daughter, I carried the responsibility of a first daughter. Everybody in my family cannot take any decision until sister Joke has come. I can’t call my parents adopted parents. They are my parents” 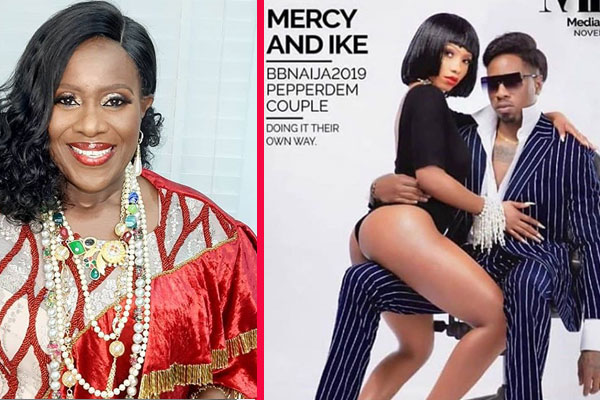 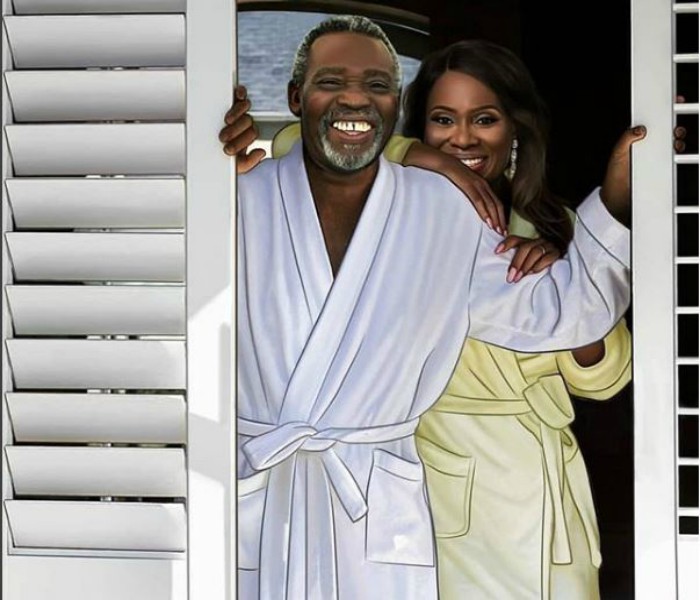 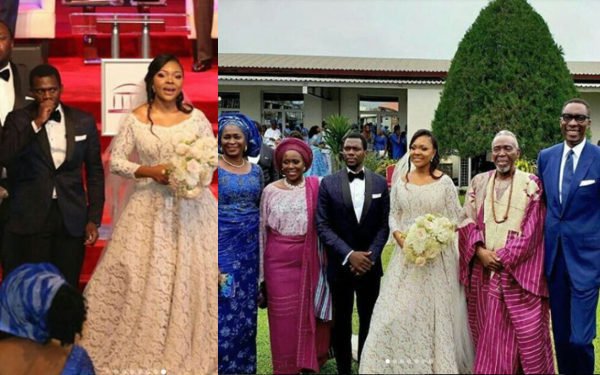